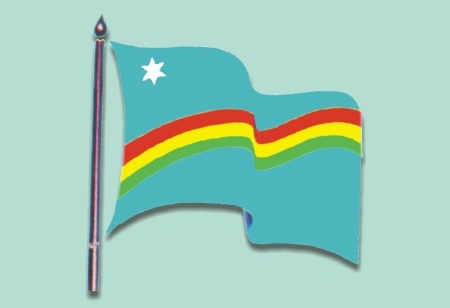 At this point of time the Naga National Council (NNC) would once again like to let our people know better on the “fourteen point guidelines on Nagaland” given to Nagas by A.Z. Phizo father of the Naga Nation.

The points of guideline are as follows:-
1. Nation: The Nagas are a nation in their own right.
2. Sovereignty: Nagaland is a sovereign state and the Nagas had no treaty with the British and we never became a protectorate.
3. Autonomy: India offered Autonomy to the Nagas in 1947 when she was about to become independent and the Nagas rejected the offer because we are a sovereign nation before the India became independent. India became a nation only after her constitution became law on January 26, 1950.
4. Internal affairs: Nagaland’s problem is not India’s Internal Affairs.
External Affairs: Every sovereign nation has her own external affairs.
5. Security, finance, defence and communication: These arc subjects we the Nagas need never worry and we must be wise about these things,
6. Money, finance, and viability: These arc frightening words for educated men who never realized that their illiterate forefathers never worried these things. Only a clerk-minded personality worries because he cannot see one yard ahead of his writing-hand.
7. Underground, hostiles, rebels: The Indians call the sovereign Nagas as-“Underground” and “Hostiles” to make it appear to the outside world that the Nagas are rebels. And every time the Indian call the Nagas as hostiles, underground or rebels they are telling lies though they may not know.
8. Secede, secession: The Nagas are not Indian and these words do not apply to us.
9. Constitution, movement, struggle, independence: The Nagas are defending their country. It is not a movement and we arc not struggling for Independence because we are a sovereign nation, independent, free and we the Nagas have nothing to do with the Indian constitution.
10. Grievances, oppression, suppression: India invaded Nagaland arid we are defending our sovereignty as an independent nation. Our problem with India is aggression but not grievance, oppression or suppression.
11. Minority, tribal: the Nagas are not a minority in India and the word tribal is the dirtiest word in politics. It is an insult.
12. Self-determination, Human Rights: The Nagas are not asking for self-determination. And we are not fighting for human rights. These two phrases are matters of “internal affairs.”
13. Disputes, problem, issue, demand, claim, contention: The problem between Nagaland and India is not a dispute, it is not an issue as the Nagas are not demanding or claiming Independence from India. Our problem against India’s invasion and the Indian contention is only to obscure this basic fact.
14. Political right, political justice: The Nagas are not fighting for our political right. We are not asking political Justice. These words are ‘internal affairs” in politics.